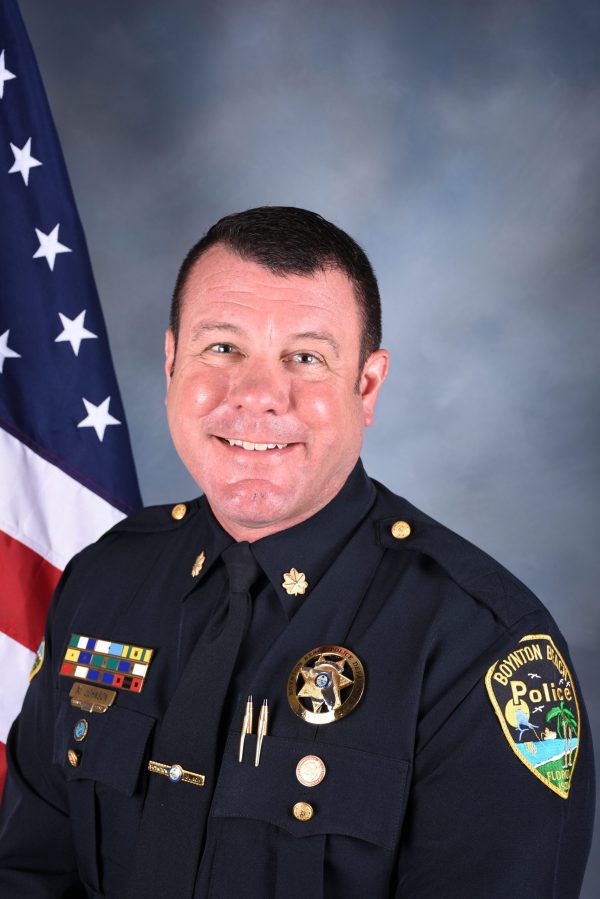 Major Mike Johnson began his law enforcement career in Minnesota in 2000. He worked in the jail and as a road patrol officer prior to relocating to Florida in 2005.

Johnson started with the Boynton Beach Police Department in 2005 and worked as a road patrol officer. He was assigned to the narcotics unit from 2006-2008, where he worked both street level and federal investigations with the DEA. Johnson was promoted to sergeant in 2008 and supervised a road patrol shift. In 2013, Johnson implemented the Police Training Officer (PTO) Unit. He supervised the PTO Unit from 2013 until he was promoted to captain in 2015. As a captain, Johnson oversaw the daily operations of a patrol shift and the PTO Unit. While serving as captain, he partnered with a local school and started the first of its kind mentoring program for at-risk youth. He also created and implemented a supervisory mentoring and development program for new supervisors.

In 2017, Johnson was promoted to Major and is currently the Patrol Operations Commander. His responsibilities include patrol operations, the Marine Unit, Traffic Unit, K9, SWAT/HNT, PTO Unit and the Neighborhood Officer Program.

Major Johnson is a graduate of the Southern Police Institute’s Command Officer Development Course and numerous other mid/executive level leadership courses. He holds a B.A in Criminal Justice and a M.S in Public Administration.