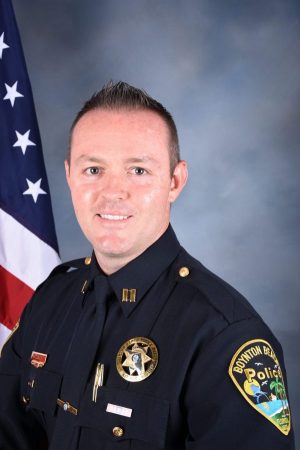 Assistant Chief Matthew Zeller started his career with the Boynton Beach Police Department as a Community Service Officer in 2003. Throughout his career, he has served as a road patrol officer, motorcycle officer, traffic homicide investigator, and SWAT Team member.

As a sergeant, he worked as a supervisor in the road patrol division. In 2013, he was selected for the position of detective sergeant. He was the direct supervisor over financial crimes, crime scene, evidence, felony forfeiture, towing operations, and animal control.
Assistant Chief Zeller has also served as the executive officer for the Chief of Police. His duties included managing the vehicle fleet, off-duty detail coordinator, and other administrative tasks.

He was promoted to Captain of the Office of Finance and Procurement in July 2015 and oversees all aspects related to administrative efficiency and grant compliance. As a Major, Assistant Chief Zeller was the commander of Investigative Services.

Assistant Chief Zeller earned a bachelor’s degree in Criminal Justice from Lynn University and a master’s in Public Administration from Barry University. He is also a graduate of the Southern Police Institute Command Officers Development Course.