PROFESSIONAL STAFF OF THE MONTH 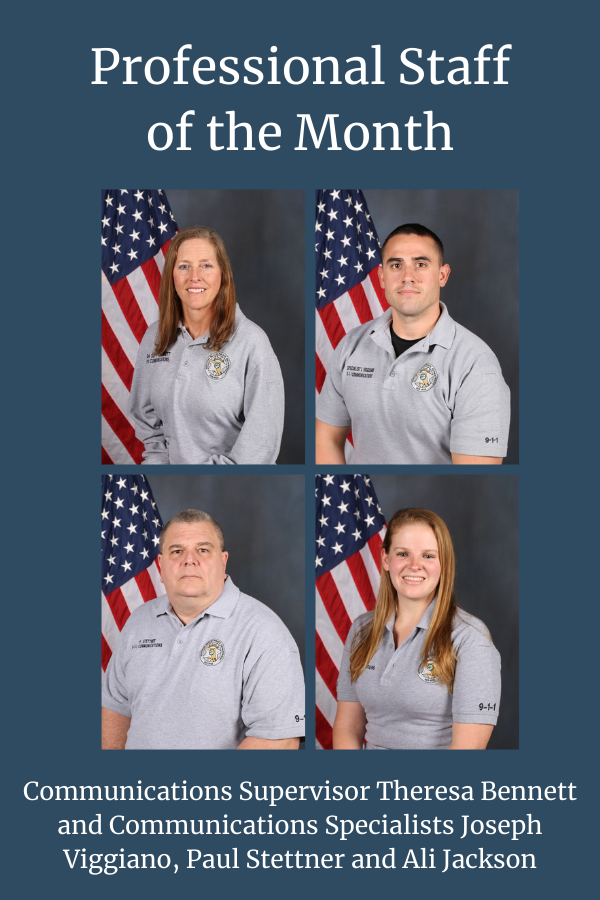 On April 10, Communications Supervisor Theresa Bennett answered a call from a father who received a call from his son that he had just been hit by a train somewhere in Boynton Beach. Communications Specialist Joseph Viggiano started dispatching police officers to try and locate the man’s son.
Bennett immediately called him to get details about things he saw around him to try and pinpoint his location.
They were able to determine he was at Tri-Rail and officers responded there to begin rendering aid to him. Communications Specialist Ali Jackson took over Fire Communications and assisted with contacting the train stations as Communications Specialist Paul Stettner remained on the line with the victim, whose arm had been amputated.
A month later, the victim called the Communications Center to thank the Dispatch team for working so quickly to find him and save his life.
For their exceptional teamwork, and serving the City of Boynton Beach with Professionalism, Respect, Integrity, Dedication and Excellence, they are recognized as the Professional Staff of the Month.