First we went after the drug dealers. Now we’re taking on the drug buyers.
Police are committed to making it difficult for anyone attempting to buy or sell heroin in the City of Boynton Beach.
On Friday, narcotics agents arrested six people – including a father and daughter – who attempted to buy heroin from an undercover officer posing as a street level drug dealer.
These arrests follow a month-long investigation that led to the apprehension of 17 drug dealers who were selling heroin and cocaine on the streets of Boynton Beach.
The investigation stemmed from the recent rise of heroin overdoses citywide. Since Jan. 1, police have responded to 110 drug overdoses in the city. It is believed the individuals overdosed on heroin in more than two thirds of these cases. There have been six overdose deaths in the city since Jan. 1. Heroin was found on scene in three of those cases; however, cause of death in all incidents is still pending the Medical Examiner’s final report.
The following individuals were arrested on Friday: 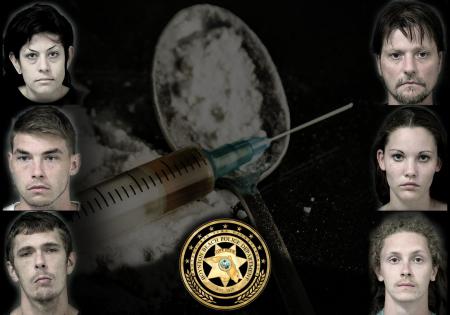