Boynton Beach Police are investigating a home invasion robbery that injured a 77-year-old woman on Dec. 4 in the Village Royale on the Green neighborhood.
Here is a sketch of the suspect, described as a heavyset black female with short, fluffy, orange/red dyed hair.
The victim, whose name is not being released, told detectives that a woman knocked on her front door at around 2:30 p.m. She said she worked for Affinity Home Care of Boynton Beach, and was there to replace her regular home nurse for the day.
The victim refused to let her in, saying that the home health care service always called to notify her if there were changes regarding her nurse.
The suspect forced her way inside the apartment and pushed the elderly woman, causing her to fall and strike her head on the floor. She then went into the victim’s bedroom and stole several bottles of prescription drugs.
The suspect kicked the woman in the ribs on her way out the front door, fleeing in a dark colored/black sedan, possibly a Nissan Altima or Infiniti.
The suspect was wearing an “earth tones” checkered jacket, possibly orange/red with matching knee length skirt or shorts.
The victim remains hospitalized for her injuries.
Anyone who recognizes the woman pictured in this sketch is urged to call Det. Kyndra Strong at 561-742-6110 or Crime Stoppers of Palm Beach County at 800-458-TIPS. You can remain anonymous. Tips can also be submitted via our MyPD app or website, bbpd.org. 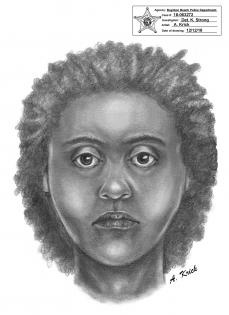 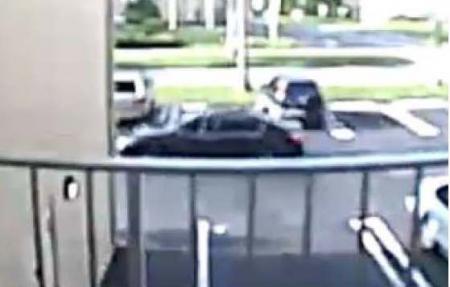