Boynton Beach police and the U.S. Marshals Service Florida Regional Fugitive Task Force are searching for a business owner who shot a man after he allegedly stole a motorcycle from his store last month.
A warrant has been issued for the arrest of Aurelio Gabriel Silva, 34, of Boynton Beach, on charges of attempted first-degree murder with a firearm and carrying a concealed firearm.
Silva shot Louis Jason Santos after the 32-year-old man and another unidentified man allegedly broke into Motorcycle Avenue, 2725 N. Federal Highway, in suburban Delray Beach around 3 a.m. on Oct. 20 and took off on motorcycles.
Santos remains in Delray Medical Center in stable condition.
Anyone with information as to Silva’s whereabouts is urged to call Boynton Beach Police at 561-732-8116, the U.S. Marshals Service, their local law enforcement agency or Crime Stoppers of Palm Beach County at 800-458-TIPS. Tips can also be submitted via our MyPD app and www.bbpd.org. You can remain anonymous. 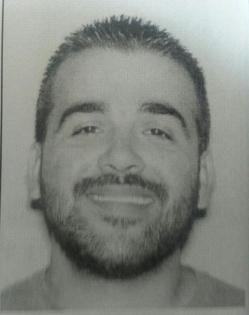