Police are warning the public about a scam that is costing Boynton Beach seniors thousands of dollars.
At least three victims, all of whom live in the Hunters Run community, have been identified. Detectives believe there could be others and want to educate the community to prevent more.
Here’s an example of how the scam worked: one of the victim’s received a call from a woman who said she was a bank representative. The suspect told the 75-year-old victim that her accounts had been compromised. The victim believed the suspect because she knew very specific information about her checking account, and who else but a bank representative would know that information.
The suspect said the bank would be sending someone over to pick up the compromised debit cards, and within a few minutes, the victim heard a knock on her door. The suspect confirmed that the woman at the door was with the bank, and the victim gave her the debit cards. The suspect said the woman would soon return with new debit cards.
She never did. The scammers withdrew thousands of dollars from her bank account.
That same day, thousands of dollars were withdrawn from an 88-year-old man’s bank account after a call from a woman claiming to be a bank representative. In this case, she told him a bank representative was coming to collect his debit cards. A woman knocked on his door while he was still on the phone with the suspect. He gave her all six of his Wells Fargo credit/debit cards.
In the third incident, the suspect said she was from Chase Bank security and his debit cards had been compromised. The 71-year-old victim gave the suspect his debit card numbers over the phone. The woman then quickly hung up the phone. The victim contacted Chase Bank, which advised that there were no fraudulent charges on his account. The bank immediately cancelled his debit cards and changed all of his account numbers.
We urge everyone to share information about this scam, especially with senior citizens. If you get a call like this, do not provide them your bank information. Hang up and contact your bank directly. No bank will send a representative to your house to collect a compromised credit/debit card. Do not give your credit/debit cards to anyone that you do not know. Call Boynton Beach Police at 561-732-8116 to report all suspicious activity. 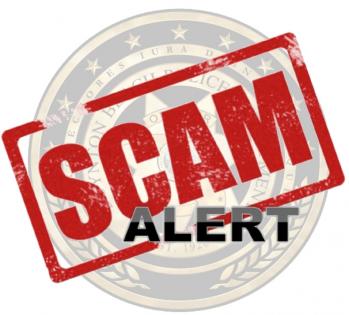